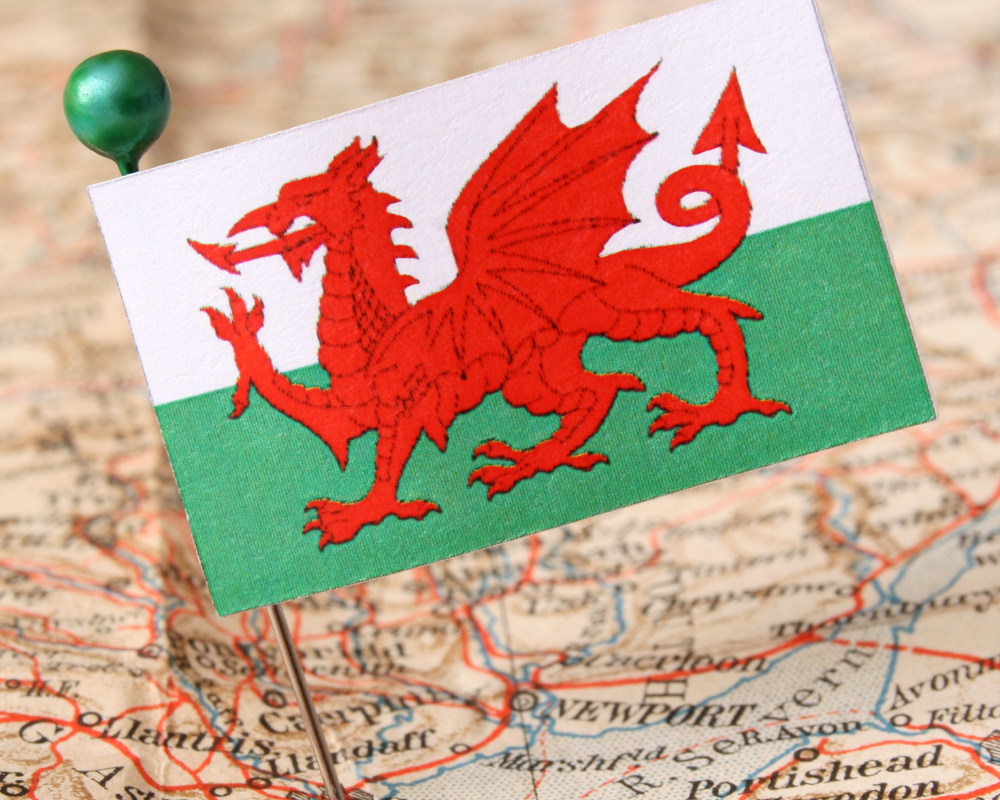 Whilst getting ready for school one morning last week, my nine-year-old son was singing ‘Yma o Hyd’.

He’s also been singing it in his class and in the schoolyard with his friends – an indication that Dafydd Iwan’s epic song and the Cymru Men’s Football Team anthem for the World Cup have captured the imagination and hearts of a new generation of fans.

And with Cymru’s journey at the World Cup starting tomorrow, we’ll no doubt be hearing a lot more of ‘Yma o Hyd’ in the coming days and weeks.

The video accompanying its release as Cymru’s World Cup anthem did not disappoint, charting similarly to the song key moments of Welsh history that has shaped us to be the nation we are today.

Watching it, I was left with tears streaming down my face, just as Dafydd Iwan himself as the fans joined him in singing during the qualifiers.

Those tears weren’t only because Cymru would be competing in the World Cup for the first time in my lifetime.

I cried because I was proud of what the video represented, combining the magic of Dafydd Iwan’s iconic song with key moments of Welsh football history as well as the history of our fight for survival as a nation over the centuries.

For me, it has also been emotional to see non-Welsh speakers embrace the song, sing it, and feel connected to the lyrics despite not knowing what every word means.

Proof that the Welsh language does truly belong to every person in Wales, whether they speak it or not.

Watching the video, all of the characters and events mentioned in the song and featuring in the footage seem to lead up to this very moment for both our national football team and our nation. What other song could be more appropriate, as Cymru steps onto the world stage?

Coinciding with the build-up to the World Cup was an important announcement by the Welsh Government that Welsh history is now a mandatory part of the new curriculum.

A given, you would think, that a country would ensure that all children and young people would leave school knowing the history of the nation they call home, the good and the bad.

But, unfortunately, a right that has been denied to generations of children. This will finally change, thanks to Plaid Cymru and others campaigning on this for decades and secured by the party as part of the Cooperation Agreement currently in place at our Senedd.

Time and time again we’ve been told that we have no history and that we aren’t really a nation.

No wonder some believed the narrative of the likes of the former Labour Leader Neil Kinnock, who said that ‘between the 16th and mid 18th centuries, Wales had practically no history at all, and even before that it was a history of rural brigands who have been ennobled and called princes.’

That’s not to say that no children were taught any Welsh history. Many of us were, by our Welsh language teachers or often rogue and enthusiastic history teachers, and fantastic historians and writers like Dr John Davies, Gwyn Alf Williams, Raymond Williams, and Dr Elin Jones.

But when the majority leave school knowing more about England under the Tudors than the history of the country they live in, surely there’s been a fundamental flaw if not intentional policy to repress Welsh identity.

In Plaid Cymru, we’ve always been of the view that Welsh history must be taught so that every citizen can understand the history of Wales, both the good and the bad, to make sense of the Wales we live in today and the Wales we want to see.

Whilst proud that we have finally secured this right, it is a failure on the part of successive Welsh Governments that this change has taken so long.

Dr Stephen Thompson from Aberystwyth University previously stated: “It seems to us that children across Wales, in English and Welsh-medium schools, are growing up without any real sense of the history of their own communities and are far more conversant with the history of other countries”.

Teaching the history of the whole of Wales to all our children will enable us to bring Wales’ communities together.

We must learn about our diversity, about how north and south, eastern borders and western coasts, all ethnicities, cultural and linguistic diversities are all equal contributors to the story of Wales.

As Gaynor Legall, from the history group The Heritage & Cultural Exchange based in Tiger Bay told a Committee in the last Senedd:

“I want the kids who live in the docks…to know about north Wales…as much as I want the people in Harlech…to know about the docks and about the coal industry…because it’s about Wales. This is our country, and we need to know the total of how we got here, and, more importantly, how we’re going to move forward. And we can only move forward together.”

Our children and young people currently know a lot more and the reign of Elizabeth the 1st than the ‘Treachery of the Blue Books’, more about Henry VIII’s wives than Aberfan, and more about the ring of iron, than about Llywelyn ein Llyw olaf and Owain Glyndwr. They have been denied access to their own history and sense of belonging and identity.

What we have now is an opportunity to give our children and young people the education that will allow them to better understand our present, and how it has been shaped by the past.

What better time to do this that when we are stepping out onto a global stage, with an opportunity to project our values as a nation.

So, let us all, whether we speak Welsh or not, join together in celebrating not only the Cymru Men’s Football Team but also this very special anthem: We are here, we are still here, despite everyone and everything, We are Yma o Hyd.